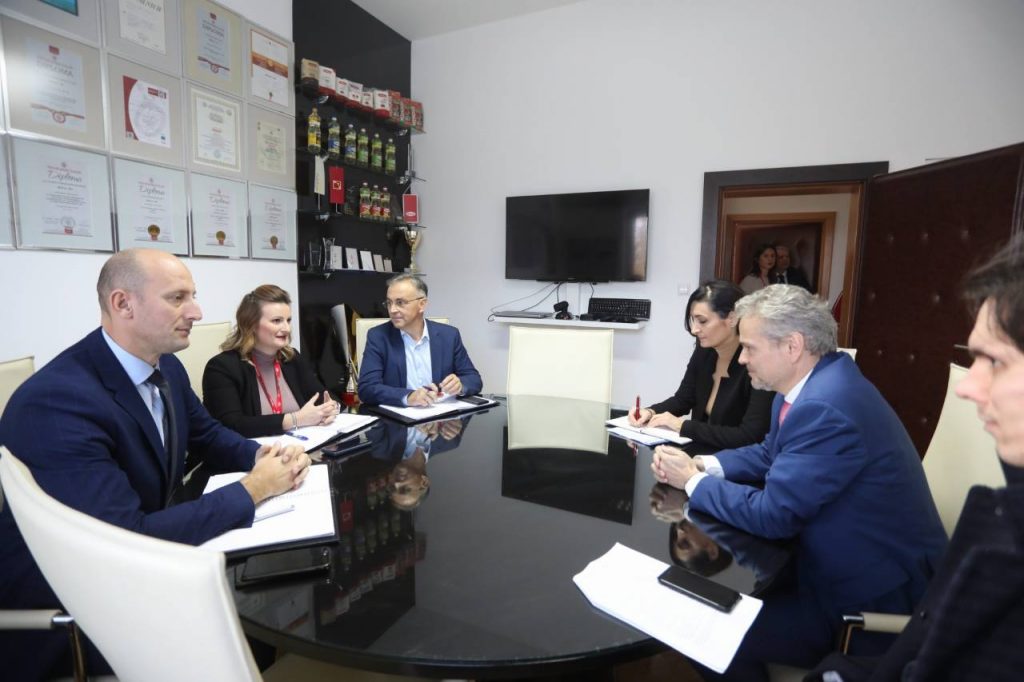 Brčko, 13.12.2019 – Head of the Delegation and European Union Special Representative to Bosnia and Herzegovina Johann Sattler visited the Agro-industrial complex of STUDEN Holding in Brčko. During the visit, the ambassador Sattler visited the production facilities of the edible oil factory BIMAL, STUDEN-AGRANA Sugar Refinery and Brčko’s production of the coffee MINGOS.

“Any visit to the Agro-industrial complex of STUDEN Holding is important confirmation that Brčko has serious companies which have positive effect on the economy and branding of the Brčko Distirct” said Nataša Pucar, Director of corporate communications of the STUDEN Holding.

During the visit to STUDEN Holding, economic subjects in Bosnia and Herzegovina were discussed, economic environment in Brčko District, and further investments. One of the topics at the meeting was also the recent signing of the Memorandum of Understanding between the Brčko District Government and STUDEN Group, which is the first precondition for implementation of the presented business investments in Brčko. The latest acquisition of BIMAL Group was also presented, where BIMAL took over the edible oil factory NOVO SUNCE in Sombor.

“STUDEN Holding traditionally exports its high-quality products to the countries of European Union, and with its partners from Austria, where the head office of STUDEN Group is located, United Oil Industry VFI and AGRANA Group, we jointly on growth of our business” said Nataša Pucar, Director of corporate communications of the STUDEN Holding.

This visit has initiated also the discussions on other subjects important for the economic development, and especially infrastructure which is necessary for undistributed movement of goods. Head of the Delegation and European Union Special Representative to Bosnia and Herzegovina Johann Sattler was received by the Director of Corporate communications Ms. Nataša Pucar and executive director for economic affairs of the BIMAL Company Mr. Ševal Suljkanović.